A new twist on eco arts

A new twist on eco arts 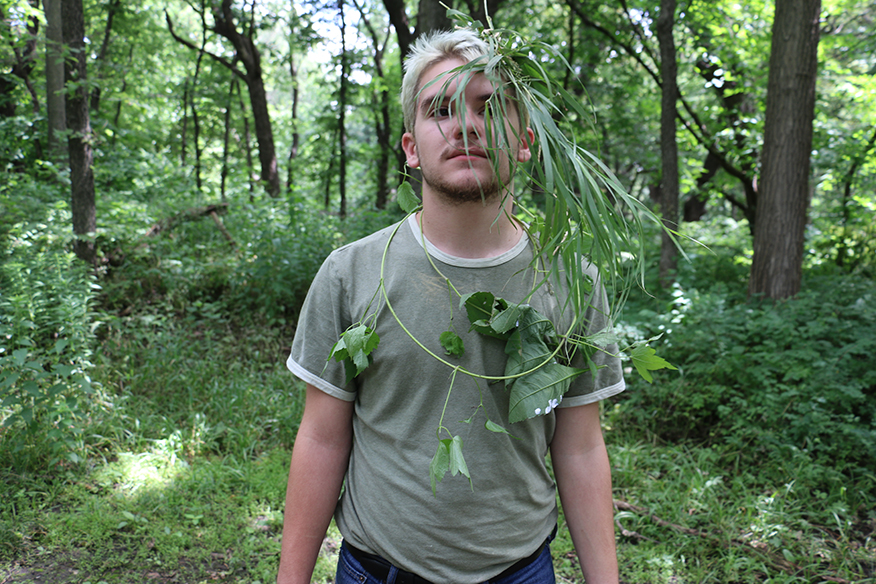 For four consecutive days in June, ten youth from the Kent Bellows Mentoring Program visited Fontenelle Forest in pursuit of inspiration, new experiences, and connection with nature and each other. They packed notebooks and recording devices, opened their minds and their senses to the dynamic range of forces in action at the forest. However, the artists weren’t on their own. They were accompanied by me, Teal Gardner (Kent Bellows Mentoring Program Community Coordinator) and Elizabeth Chalen, Director of Education for Fontenelle Forest. We were excited to bring a small group of youth into the woods for a number of days with the hope that they would accomplish some of those goals that they trekked in with.

We designed the program together to try and make the most of the resources available at the Forest, and give a broad experience of the different natural settings available there. Each day followed a different focus. First birds, then materials, then the wetland ecosystem, and then insects. Following the winding trails of Fontenelle each morning, the young artists took notes, video and audio recordings, made drawings and in-the-moment ephemeral works using the materials of the forest. We tuned our attention to listen to the different sounds of the forest, and practiced looking closely, observing fungi, insects, reptiles, and birds as well as many forest plants. Each afternoon students were given the opportunity to work in a classroom provided by Fontenelle Forest for our use.

A week later, and back at the studio, youth have continued working on projects started in or inspired by the forest, including paintings, video work, drawings and sculpture. We hope that a program placing young artists in the context of nature will challenge students to consider the role of art in a world where ecological concerns are growing exponentially. We look forward to a continued partnership with Fontenelle Forest, and hope to introduce another session for the Kent Bellows Mentoring Program youth in the fall.

Some quotes from the students:

“It was awesome. I really enjoyed it. I don’t have religious beliefs, but it was sort of a spiritual thing for me. During the hikes I felt connected to Fontenelle Forest. We were kind of shut out from the world. It was very fun, a very good experience.” -George

“I enjoyed Fontenelle because everyone got to leave the chaos of our everyday lives and just submerge ourselves in nature. I saw animals and plants that I never knew existed in Nebraska.” -Thomas

“Working in Fontenelle gave us a chance to be inspired by an environment we typically aren’t exposed to. It was refreshing and allowed us to grow closer as a studio through hiking and conversation. Being that I’m moving to New York in just a month- this is an experience that I will treasure and use as perspective as I transition into my city life.” – Kate